Earlier this year, Microsoft announced a coming big change for the System Center suite. Instead of launching new versions every fourth or fifth year as before, they will now release continuous updates. This means they will launch two new versions per year to fasten up the release cycles and to really keep the products up to date.

This isn´t anything new, it´s been done for Configuration Manager ever since Windows 10 launched about two years ago. This schedule, called “semiannual channel release” will now also include the other parts of the System Center suite. Except for System Center, this goes for Windows Server as well. Besides from Windows Server 2016, you can now download and install Windows Server 1709 (YY/MM). The first release I will be looking at is the one that in the end will be named 1801. Last week Microsoft launched a Technical Preview of System Center 1711, a preview that will later become 1801 which is meant to be released in January.

Okay, so there´s a new version of SCOM on its way. But what are the news that will make it worth the while to look at SCOM 1801 instead of 2016? A whole bunch of news. 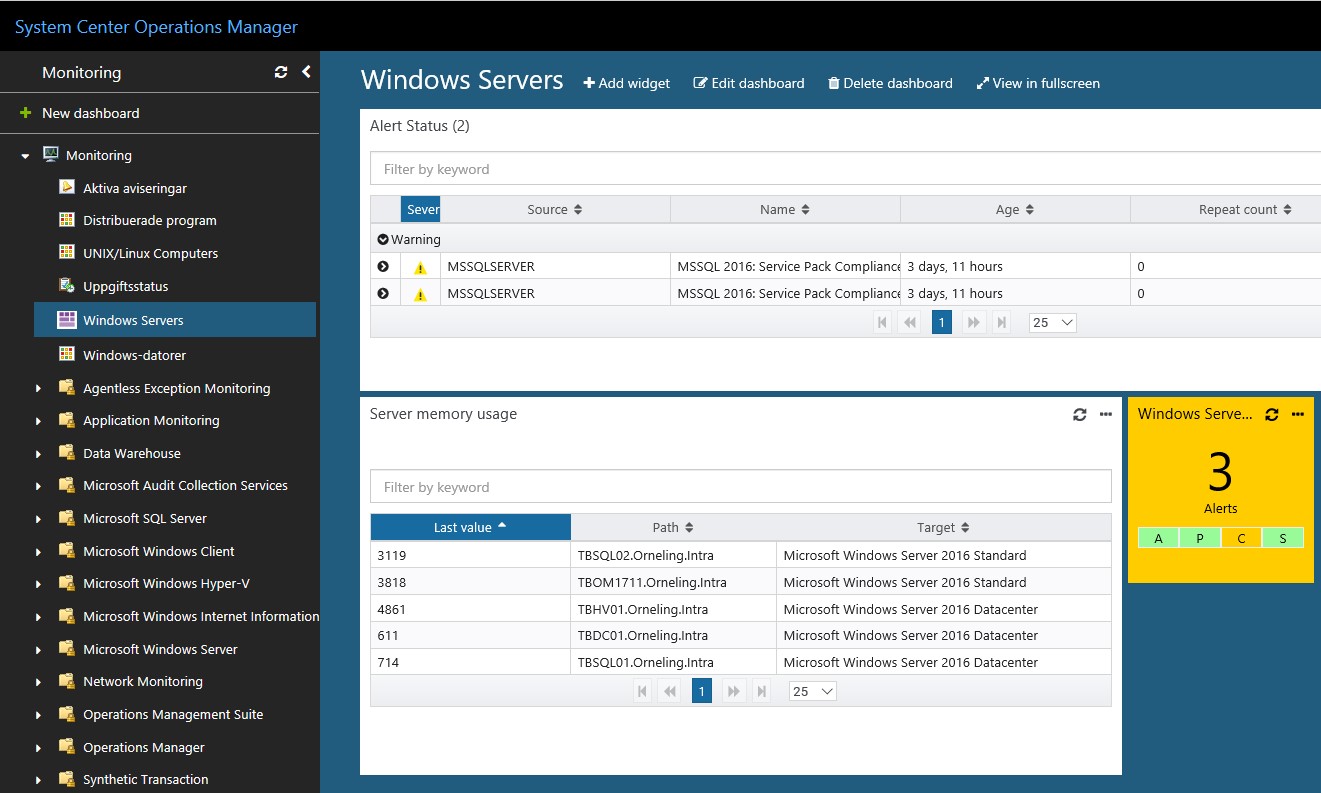 So, what about the fine print? To be able to adopt these new releases of both System Center and Windows Server with this new release cadence, you need to have software assurance in your license agreement with Microsoft. As long as you´ve got that, you´ve got the future ahead of you. If you haven´t, it might be a good idea to look into it.

That’s a short summary of the news in SCOM 1711 (1801), if you ask me some very welcome and long-awaited news. Unfortunately, there are still no information available regarding the supported upgrade paths from 2012 R2 or 2016 for example. As long as this information becomes available I will write about that as well so keep checking back to find more information on SCOM 1801 and later versions.

Check back to see more in-depth reviews of the new version on the blog.