Now that my blog has been up and running for a complete year, the time has come for a summary of the year 2015. Of course this statistic should be shared with my readers as well to let you know what we have accomplished together. During 2015 I wrote 41 different posts, starting with Using your onprem AD account with Azure Operational Insights and ending the year with a post about NiCE as a new sponsor and A first look at SCOM 2016 Technical Preview 4. The complete year (from January 4 2015 to January 4 2016) ended at 24,863 views and 15,353 unique visitors.

The top ten posts with the most views is found below. Obviously a lot of you are curious for what SCOM 2016 has to offer as this covers two of the top three posts. As you can see, A first look at the SCOM 2016 Technical Preview 2 was the most popular post with 3,419 views.

The most popular day was December 11 with 291 views. This is also the day when I published A first look at SCOM 2016 Technical Preview 4 so I think this post will draw a lot more views during the start of 2016 as well.

The top ten countries from which my reader’s originated is found below with the United States on top followed by Sweden and United Kingdom. 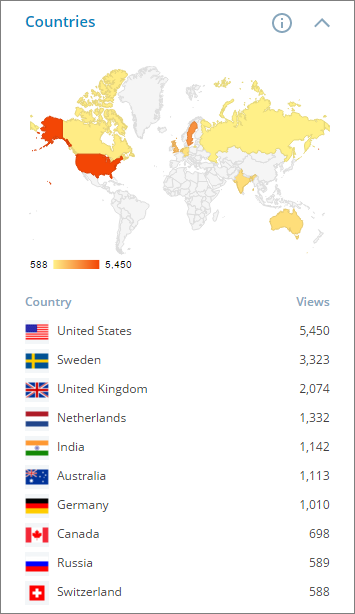 During the year I also got to write a whitepaper along with Savision about how you can make the most of System Center and Azure. This is a topic that is really hot right now with (almost) everybody discussing moving to the cloud in some way. In this whitepaper I´ve gone through how you can protect your investments in System Center and extend them by using Azure as well.  You can download your free copy of the whitepaper here.

I´m really looking forward to 2016 as I think it´ll be a great year, both for me personally but also for all of us with a lot of continued improvements in Azure and Operations Management Suite but also a new generation of System Center  with System Center 2016.