Until today, I haven’t been able to run Microsoft Operations Management Suite on my phone since I´m still an Android user (I know, shame on me). There has been an app available for Windows Phone for quite a while which were fun for my Windows Phone colleagues but not so much fun for me. But as mentioned, today is the day when it´s released for “my” platform as well. As of right now, it doesn’t seem like it´s been released for iOS but I´ll update this post once I lay my hands on the URL for that one too. Update 2015-10-19

The app has now been released for iOS as well. You can find it at the App Store, if you´re searching on an iPad like i did, switch to show just iPhone apps and you will find it. Happy searching! :) Getting started

This first part isn’t anything out of the ordinary, head in to the Google Play store and find this beautiful little app. 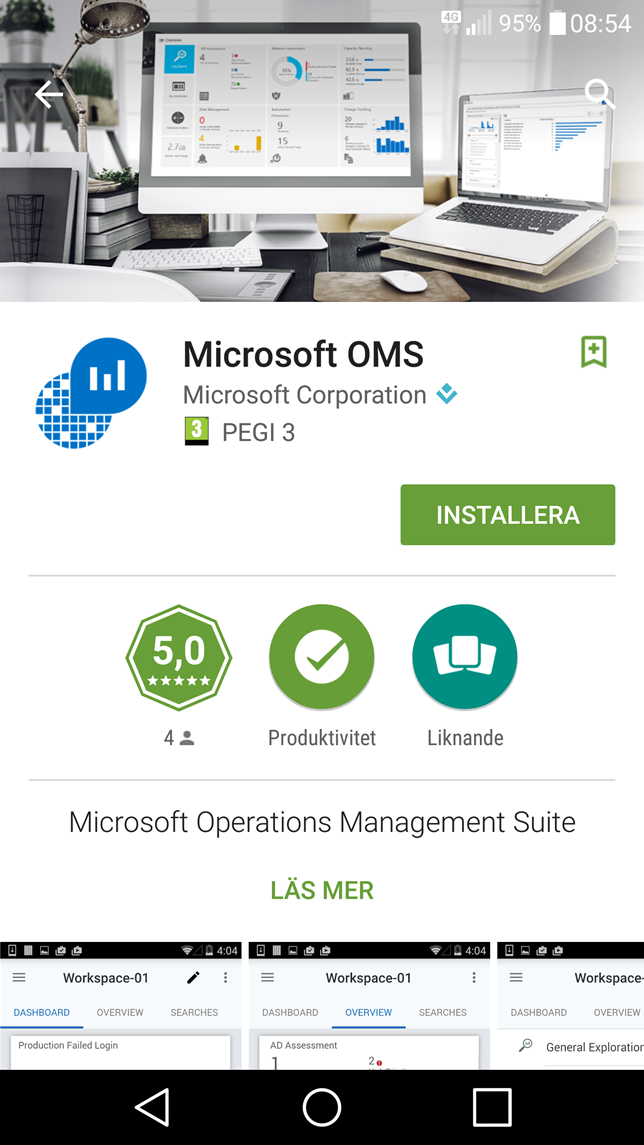 Once installed and I had logged on using my Microsoft account (what used to be Live account) I could choose where to go from my available workspaces. 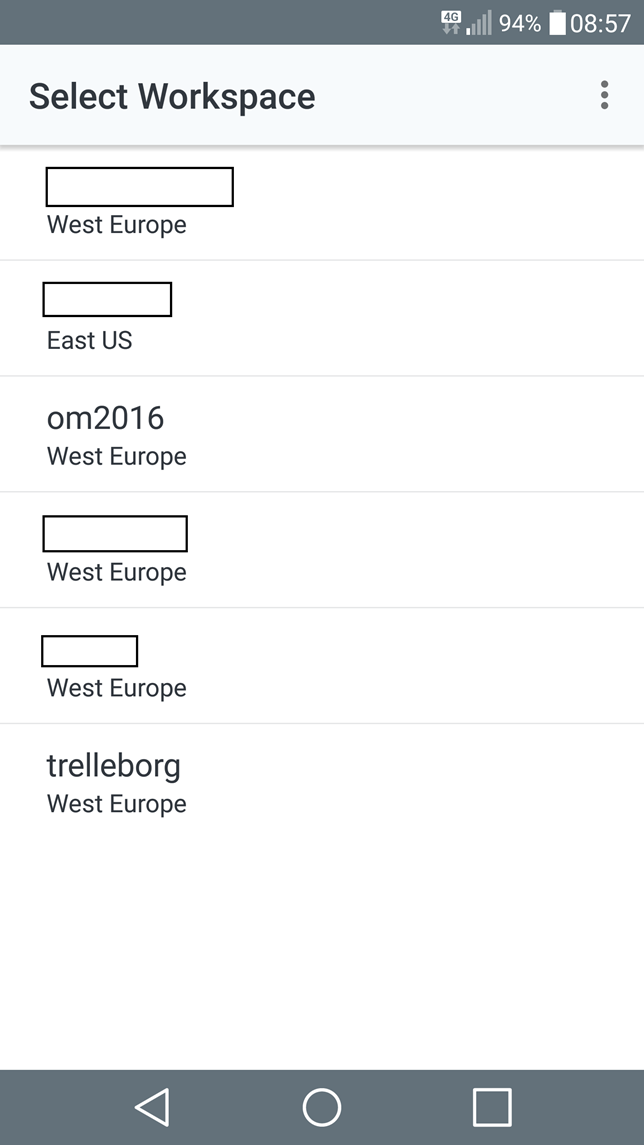 The first thing you meet is the dashboard where you can pinpoint your favorite searches and see them right away once you´ve logged on and opened up your workspace. The overview pane will show you a summary of the solutions such as AD Assessment Alert Management and Malware Assessment as seen below. If you want to know more about some of these areas, just click the pane and receive the information you need. 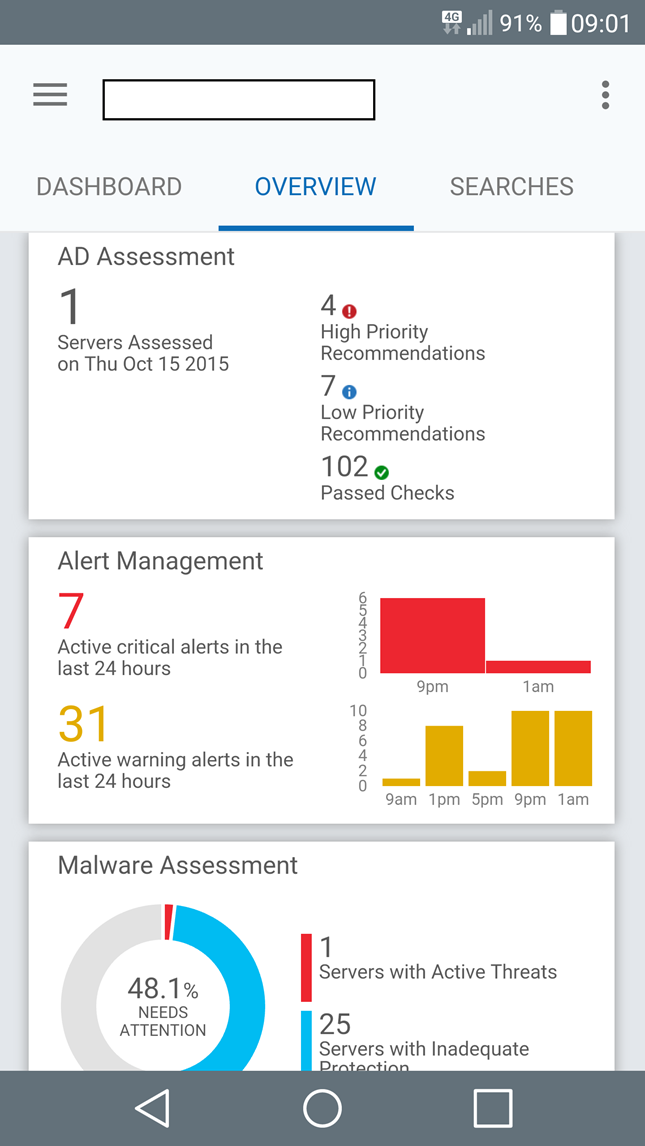 To edit a search in the app, I had to open up an existing pane and edit it using the pen icon highlighted in the below picture. 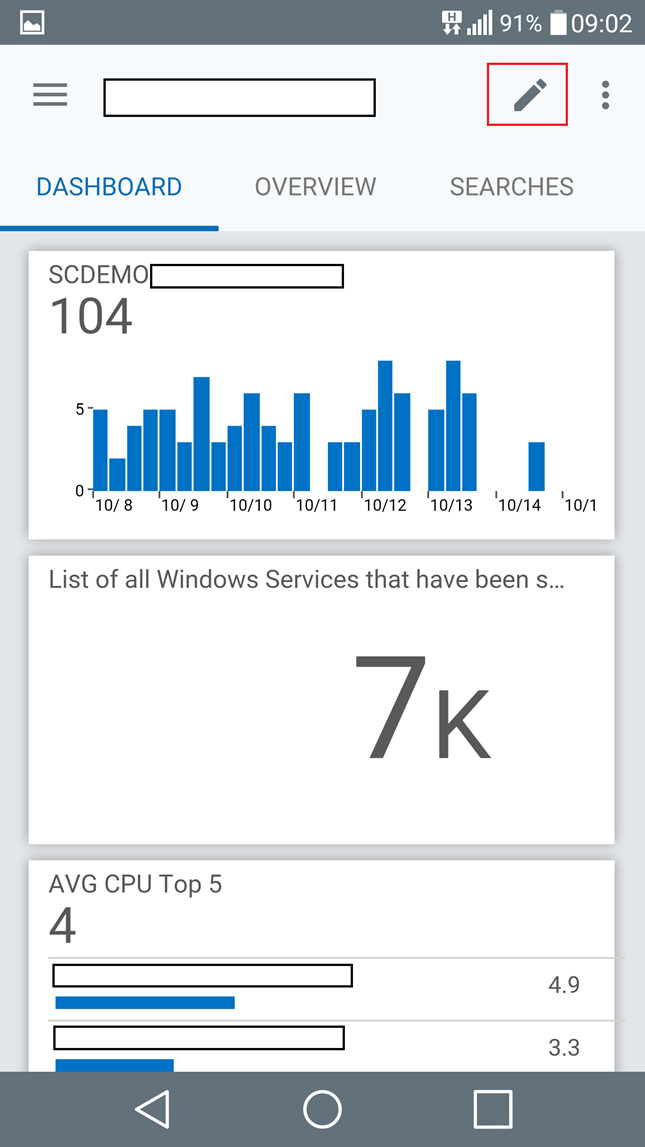 Editing the query isn´t harder as what you see below. The only thing I´m missing here is the auto-complete function which might come quite handy when using OMS in your PC browser. Click Apply to make your search. 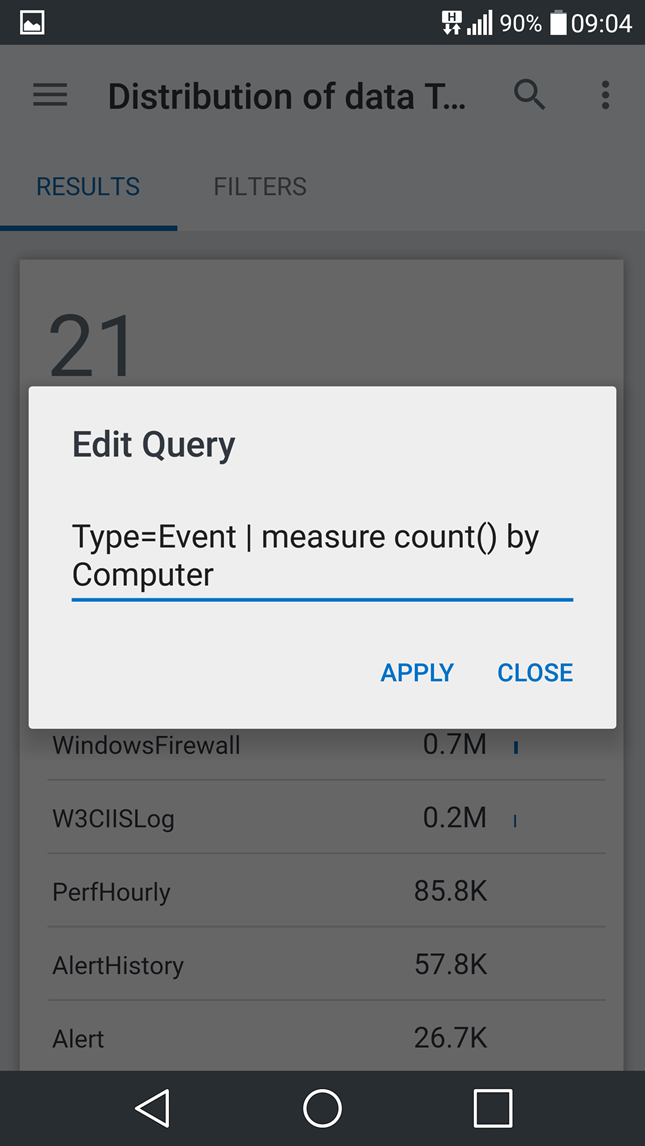 The search made above resulted in what you see below, showing which servers have generated the most events which have then been shipped over to OMS. 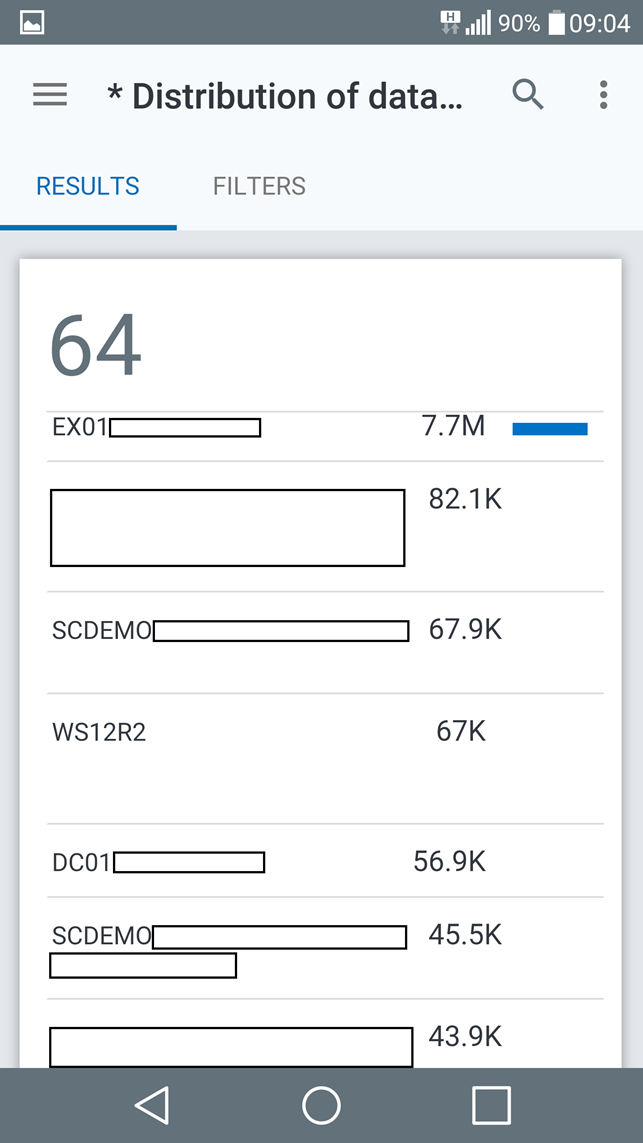 Another thing which I´ve recently blogged about here, is the Near Real Time Performance monitoring which can be used partly in the app as well. If I had run the same query as below in my PC browser, it would show me graphs over the performance as well but it doesn’t seem to function in the app right now. Hopefully this will show up in a future update making the app even more useful. 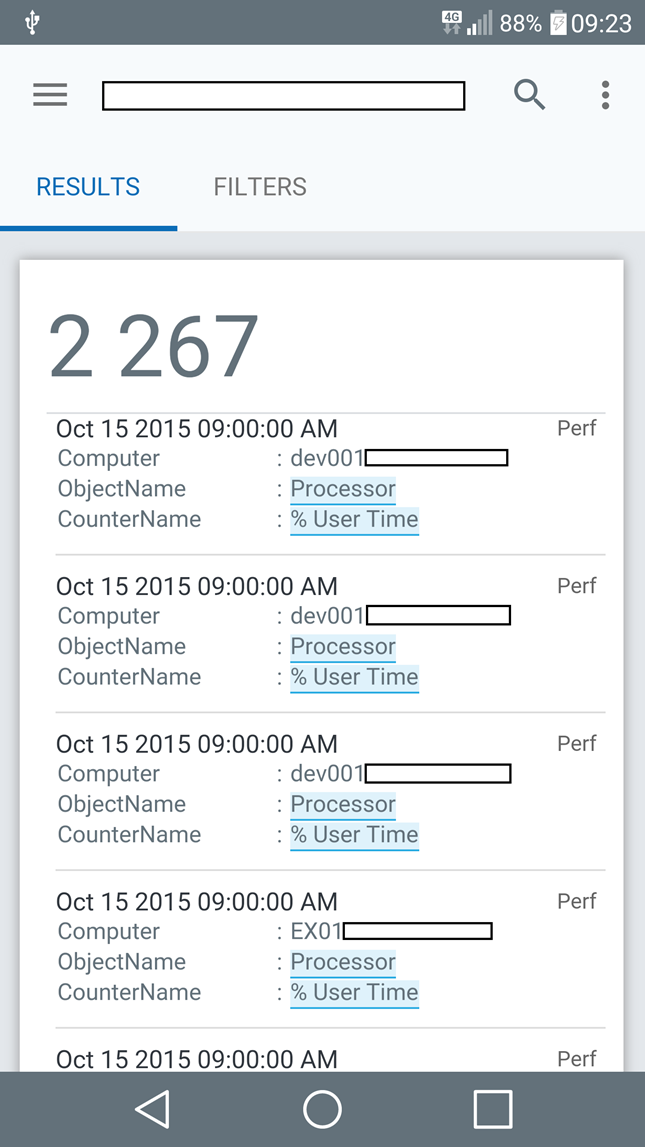 OMS just got a little bit better now that I can carry it around in my pocket (okay, I was able to show it my browser earlier but this is better) accessing my OMS data whenever I want to. By using the app instead, its much easier accessing the data and in a much faster way than loggin on using my phone´s browser. Below are the URLs to download the app:

If you have any questions, just leave a comment below.